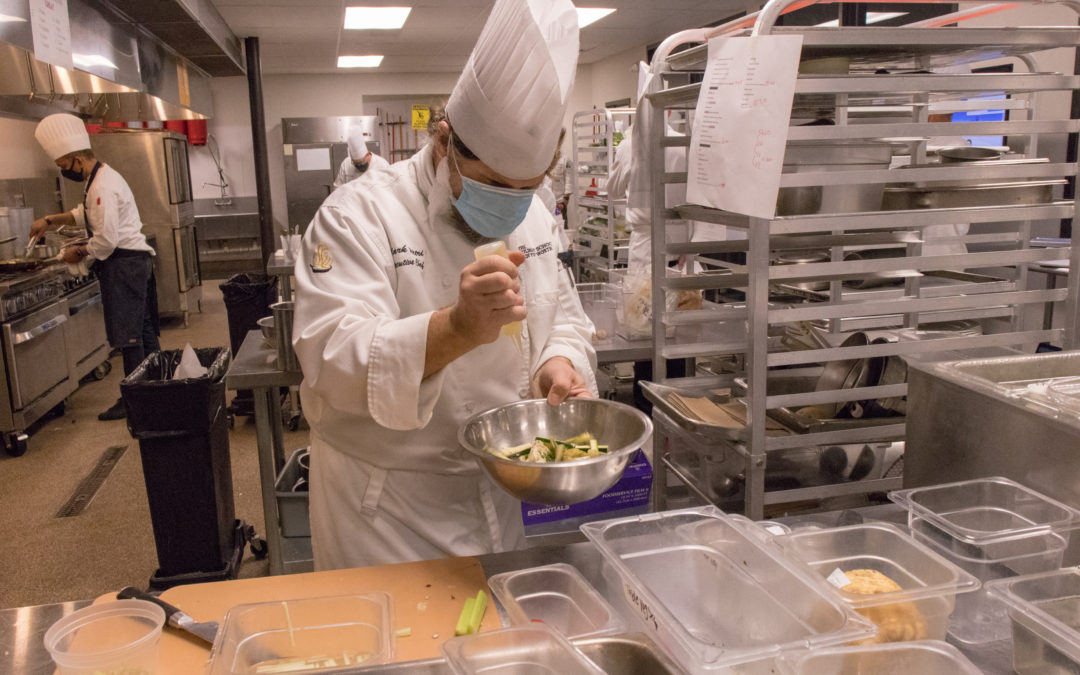 When Culinary School of Fort Worth Chef Instructor Mark Hitri was granted his Certified Executive Chef ® (CEC®) award by the American Culinary Federation (ACF) earlier this year, it meant more than just a piece of paper that would go in a frame above his desk. It was an acknowledgement that leaving his music career to focus full-time on a culinary career was one of the best decisions he ever made.

Chef Hitri began cooking at a Dairy Queen in 1989 with the simple goal of making enough money to buy a bass guitar and an amp. When one asks Chef Hitri about his career in music, he’ll often bring up that his band played Edgefest in 1992 because “that means we were rock stars.”

But Chef Hitri left that full-time rock star lifestyle behind him in 1994 after having a dining experience that reminded him of just how much he loved being in the food industry. While he still played music professionally until 2000, Hitri began devoting his full-time attention to the culinary scene. This passion grew as he cheffed at the Worthington Hotel, Texas Motor Speedway, Petroleum Club, and many other venues.

“The main highlight of my career was my time at Saint-Emilion in Fort Worth,” Hitri said. “We had the #1 Zagat rated restaurant in the DFW area for the three years that I was there.”

Much like he knew when it was time to move on from his career in music, Chef Hitri knew, after more than 25 years working in the back of the house, that it was time for something different. That’s when the opportunity to begin working as a Chef Instructor at The Culinary School of Fort Worth presented itself to Hitri and he jumped at the chance. 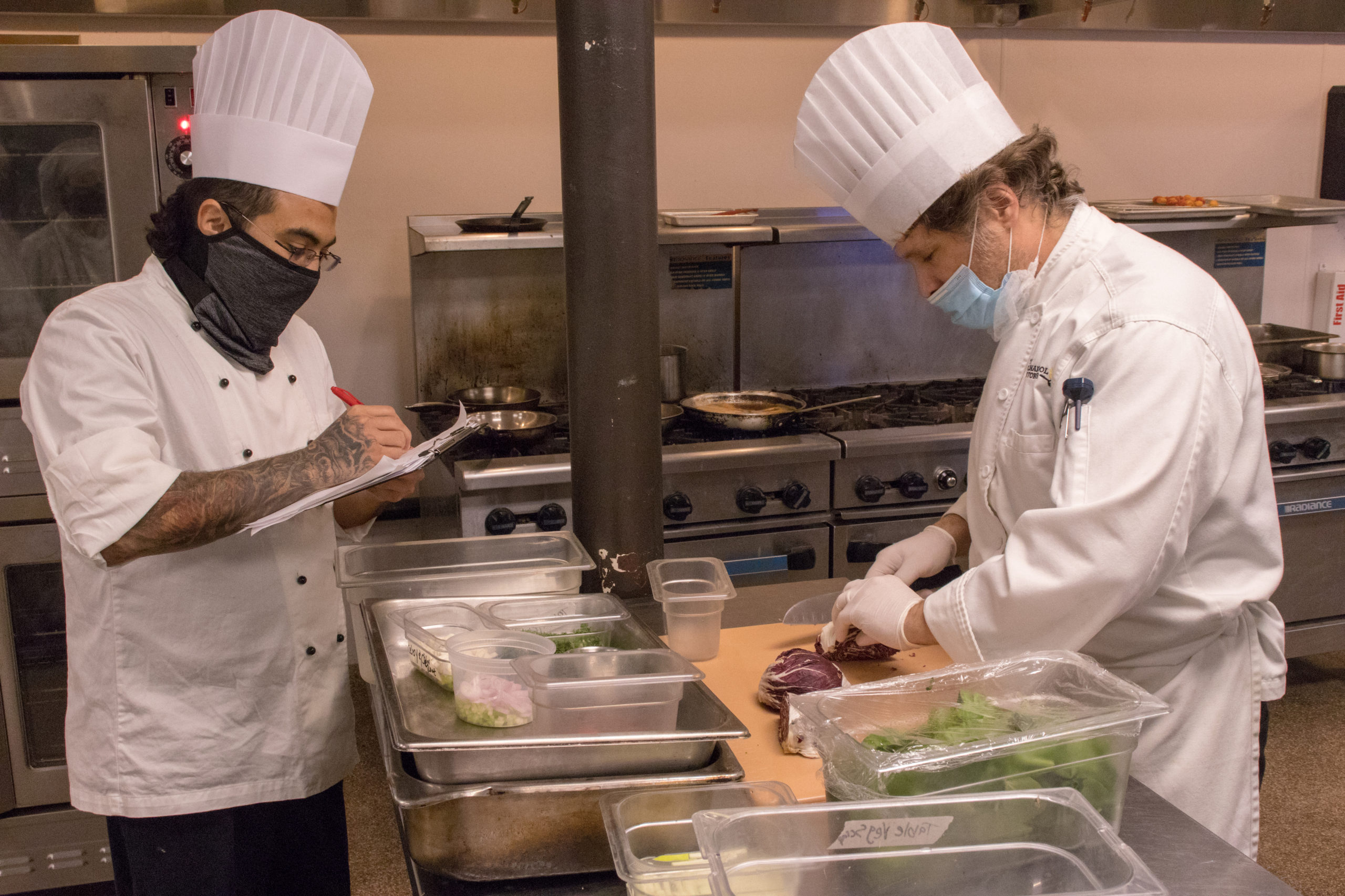 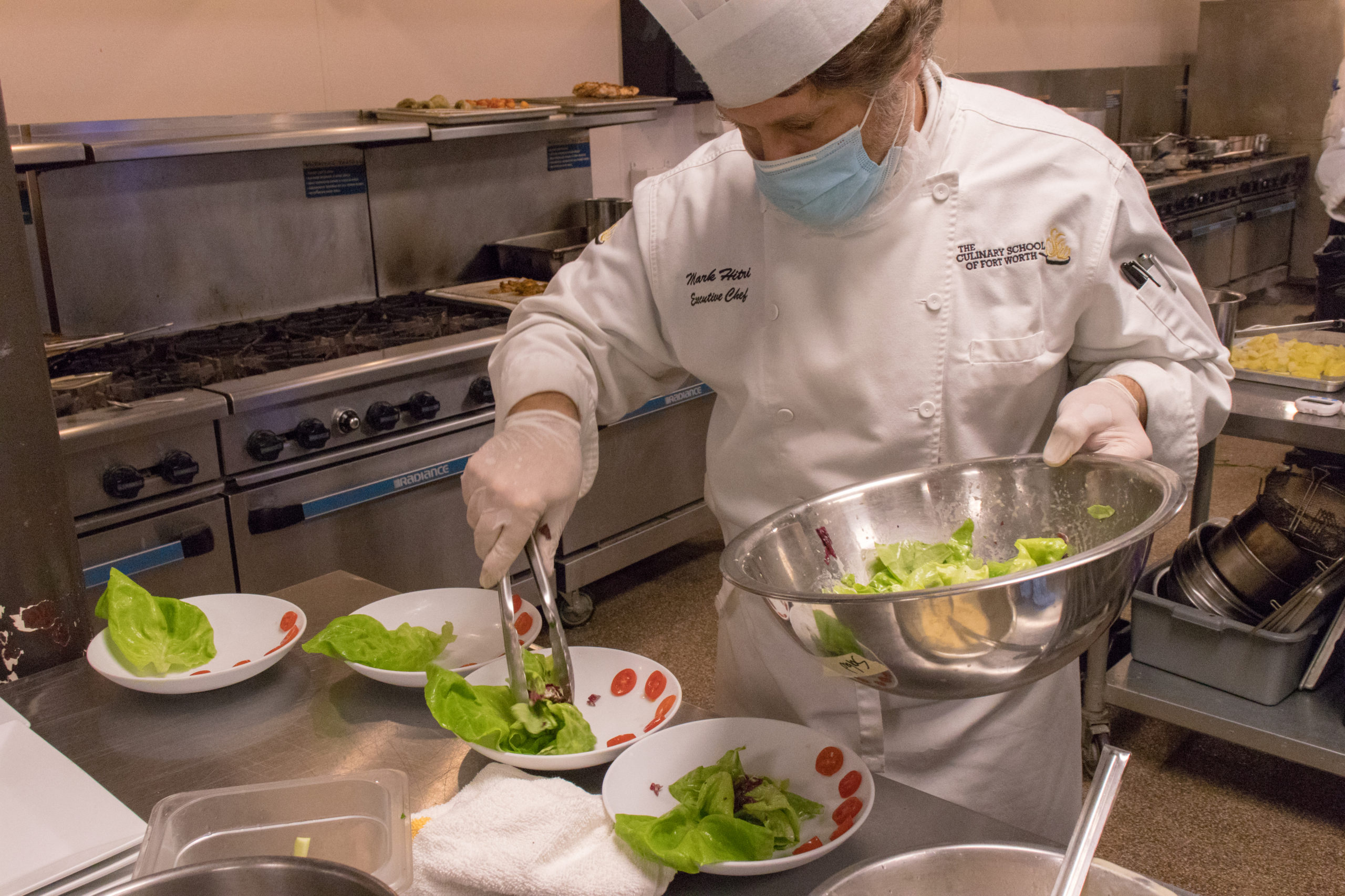 “One of the main reasons that I wanted to start teaching was to help local chefs have better staff because one of my biggest challenges as a chef was finding good cooks,” Hitri said. “I also wanted to be able to mentor younger cooks to have a fulfilling career in the industry.”

While Chef Hitri has always been confident in his own skills in the kitchen, it became important to him to have certification to back that up. After a combined 30+ years of cooking and teaching, Hitri signed up for the CEC® exam.

The exam is not a simple “show up for five hours on a Saturday and receive your certification” type of test. Chef Hitri put in 16 months of work before finally taking his exam in early 2021.

It started with all of the requisite course work: Management, Costing, and Sanitation classes as well as hours of kitchen experience. Once that was complete, Chef Hitri was able to focus on his menu for the event.

“The menu requirements focus on understanding how to use ingredients and flavors as well as preparation (4 classic knife cuts) and cooking techniques (3 methods),” Hitri said. “I decided to do a three-course menu inspired by the flavors of Spain that featured a fish and lobster appetizer, a salad with an emulsified dressing, and a chicken entrée.”

Even with all of this preparation, there was one thing that Chef Hitri overlooked in the lead up to this event: a global pandemic.

“I was fortunate to have seen one of my friends, [former CSFTW Chef Instructor] Chef Gutierrez, prepare for this test which helped me to plan and avoid some pitfalls,” Hitri said. “I wanted to follow his lead and have at least six practice runs of the full three and a half hour cooking section, but due to some issues with the pandemic, I was only able to get four in.”

Despite not getting in the full practice time that he had desired, Hitri still felt confident heading into the event because he knew he had the abilities to succeed. He also knew that he was ready to go because of the immense support he received from CSFTW’s Apprenticeship and High School Partnerships Manager Jason Avelson as well as all of the other instructors on staff. 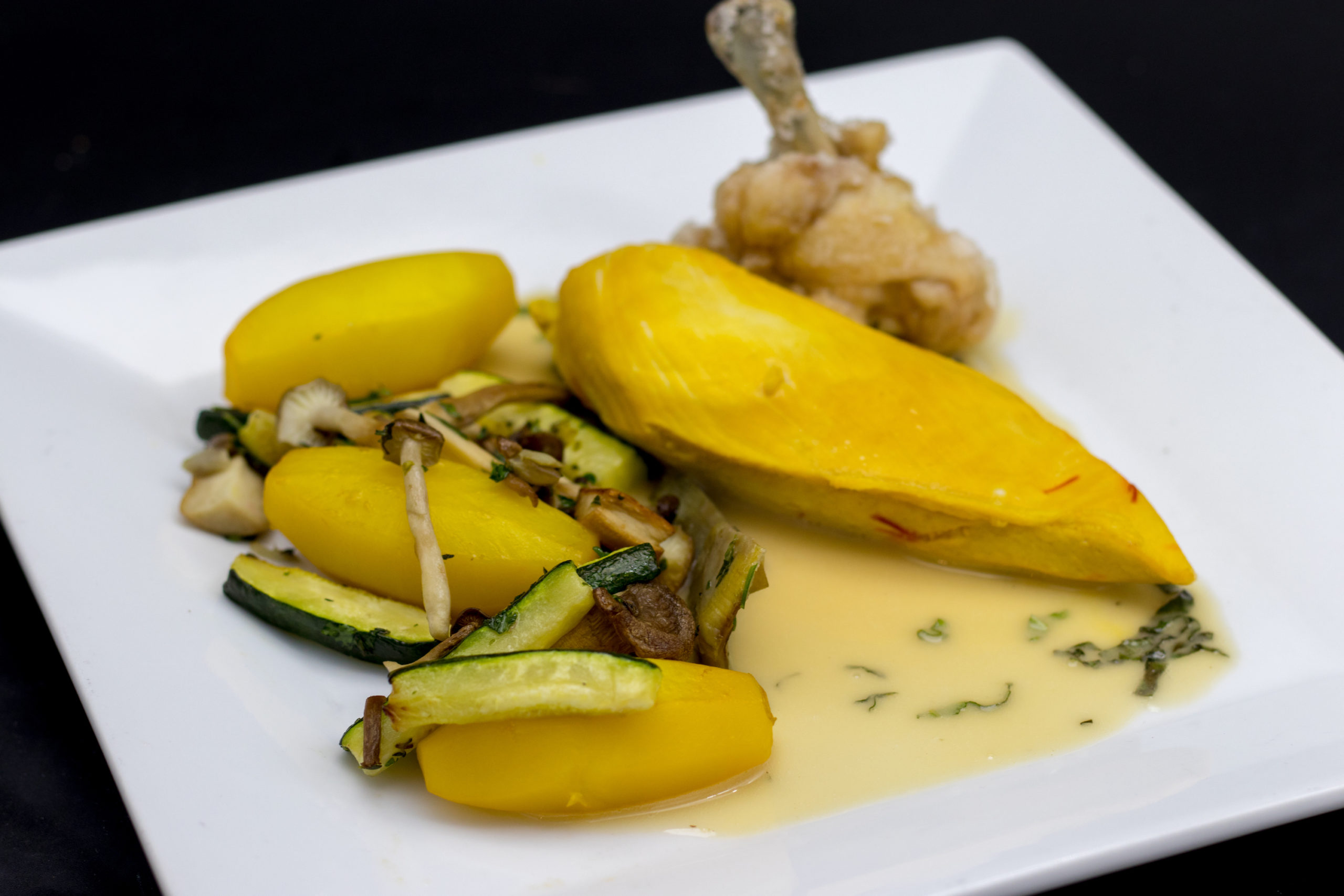 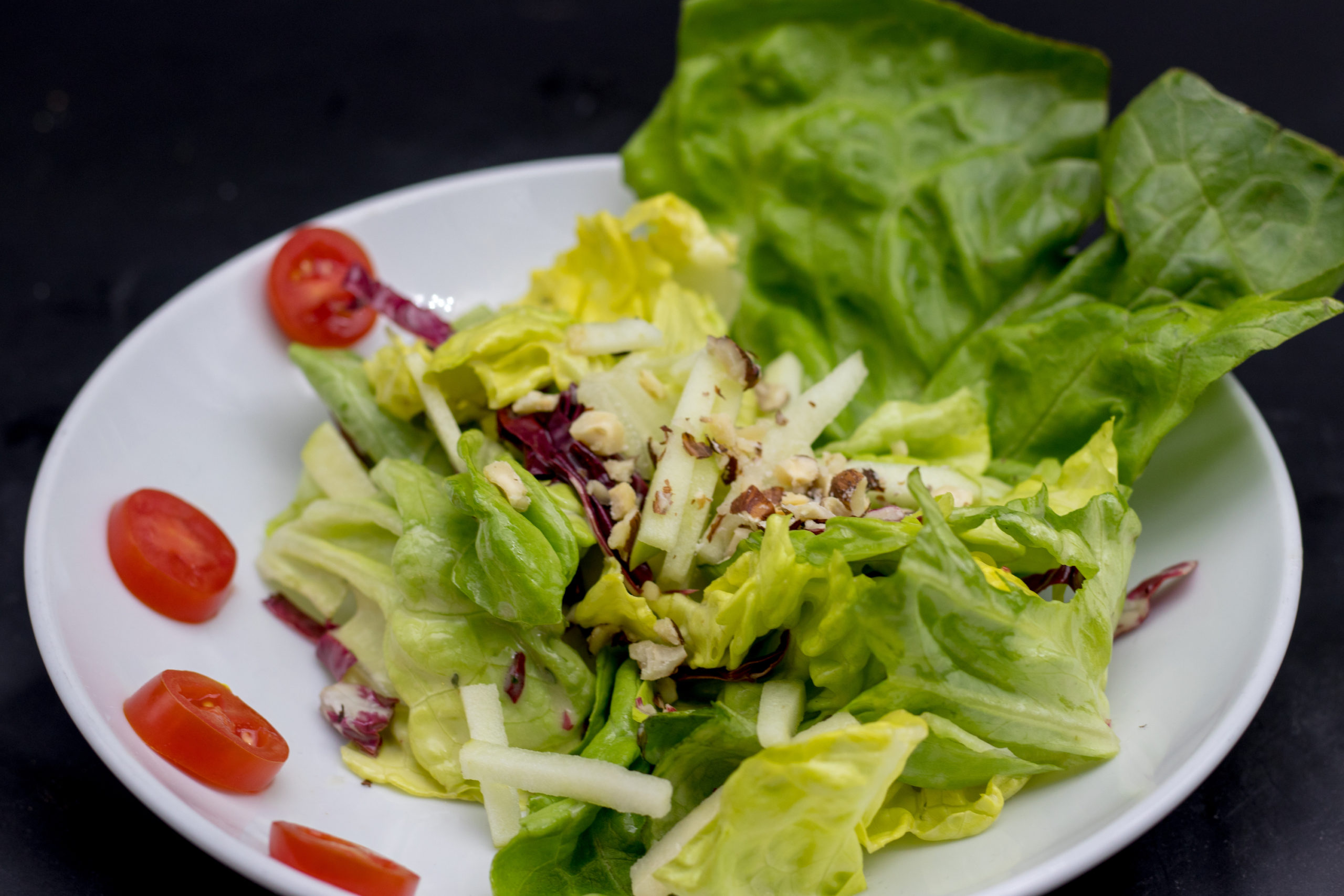 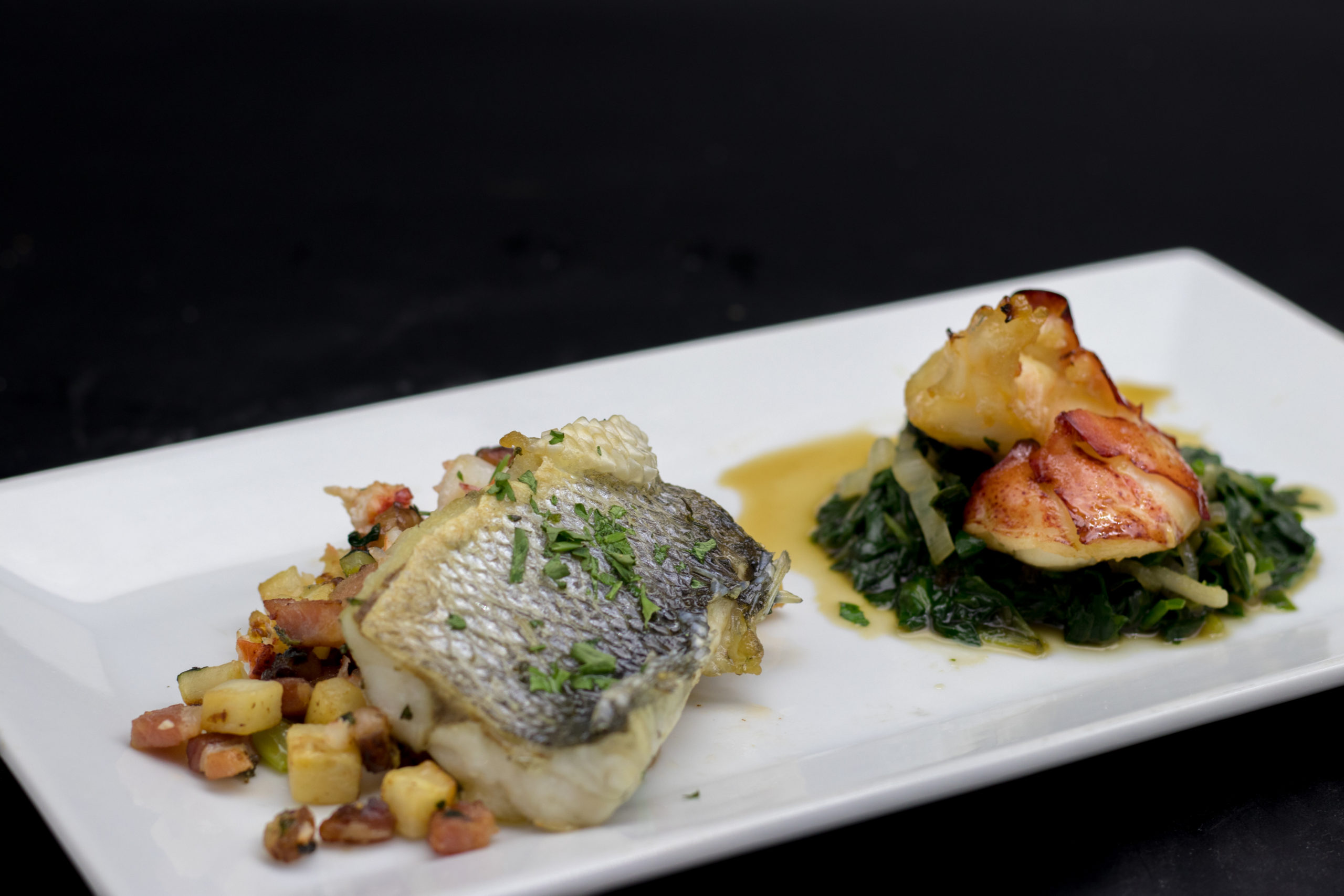 “Once things got going I felt a bit of stress seeing the clock, but once I reminded myself that that is how it always is in the kitchen, I just followed the plan,” Hitri said. “When I was told I had passed, I felt glad that I could share that everyone’s support of me was worth it.”

While Chef Hitri does not see any more big career changes in his immediate future, he does see his CEC® certification changing some of the ways in which he handles teaching.

“I am going to use this certification as a tool to show students and cooks that planning and growth should always be part of becoming a better chef,” Hitri said. “I am also going to use it to remind myself what it is like to be a student and to have to be tested.”

So, Chef Hitri CEC®, from all of us at CSFTW, congratulations. In your own words, welcome to another day on your journey to awesome. We are delighted to be a part of it.