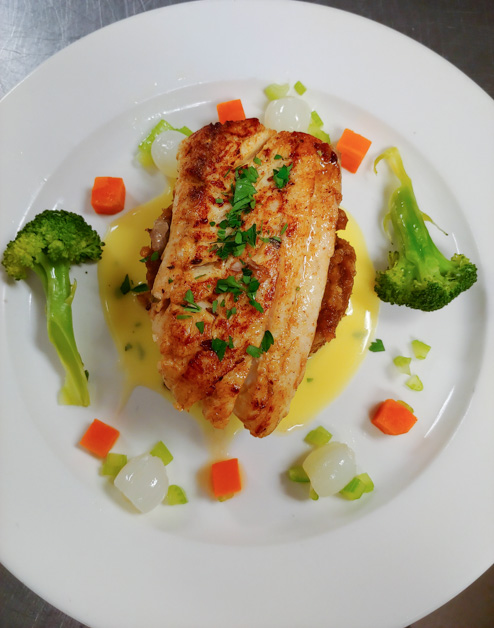 Photos by James Creange and courtest of J. Kenji López.

So you know the chef on the little mermaid who turns into an absolute madman trying to get the lovable crab onto his menu? I have found him to be strangely relatable this week as we have taken on seafood. If you have read my previous post, you know that I am not a big meat eater. I am however, a huge seafood fan. I love virtually anything that comes from the sea. But as a home cook, it has always intimidated me. It just seems hard. And scary. So coming to culinary school, this was a week I was looking forward to. Little did I know that this is the week I should have had my nightmares about.

The really difficult part of preparing seafood is that it is alive. Obviously this ensures freshness and all of that good stuff, but it also means that as a chef, I have to kill it. “She’s a fish killer,” the starfish Peach tells Nemo and the notion repeats in my head. Essentially I’ve become Darla, minus the braces and headgear.

Our first task is mussels. I start by cleaning them. You have to rinse them and then de-beard them. Did you know mussels have beards? So trendy right? It is basically this little hairy piece that sticks out of the shells. You have to rip them off and it gives some resistance, because, you know, alive. Then I start sautéing some garlic and shallots and when they are ready, you put the mussels in. After I sauté for a while, the mussels start to open up their shells. I add some additional ingredients to make a butter sauce while they finish cooking. And that’s it. They look amazing and are generally served in their shells. I’ve never eaten mussels before, but I give them a try and they are really good.

Oysters are next and I’ve never eaten one of them either. They have to be scrubbed pretty well on the outside because they have a lot of sand and debris on them. Then I take a special oyster knife and you go inside the groove in the back and twist your knife. Doing this opens them up and you take the shell apart. You then detach the meat from the shell and give it a rinse. Ta-da. Oysters on the half shell. Now if you think that slimy little thing I just killed is going to just slide down my throat, you’ve got another thing coming. Chef did make Oysters Rockefeller, which is baking them on the half shell with this beautiful golden breadcrumb parmesan crust. It was delicious, but then again, I think I could eat a cockroach baked in that crust. 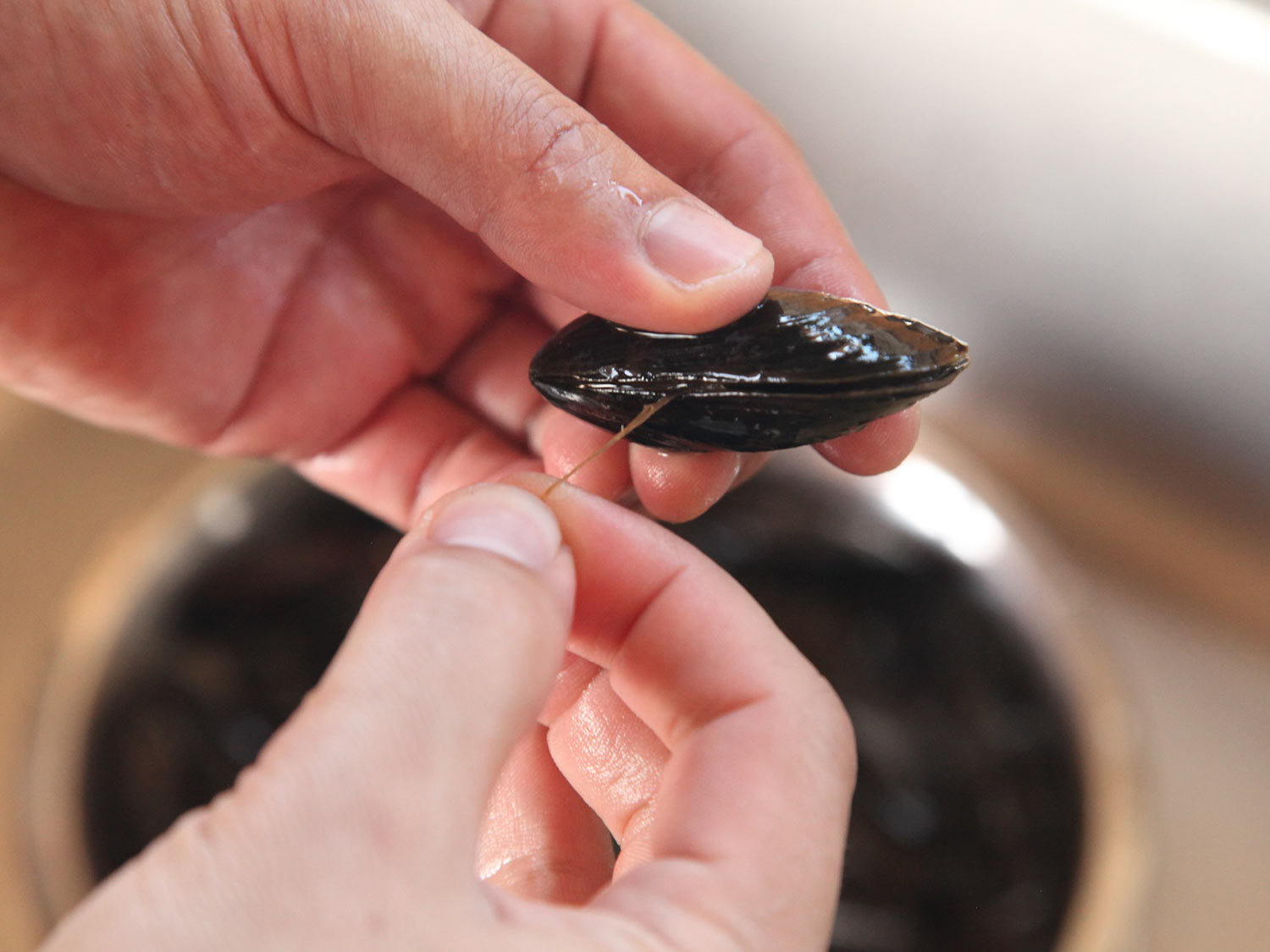 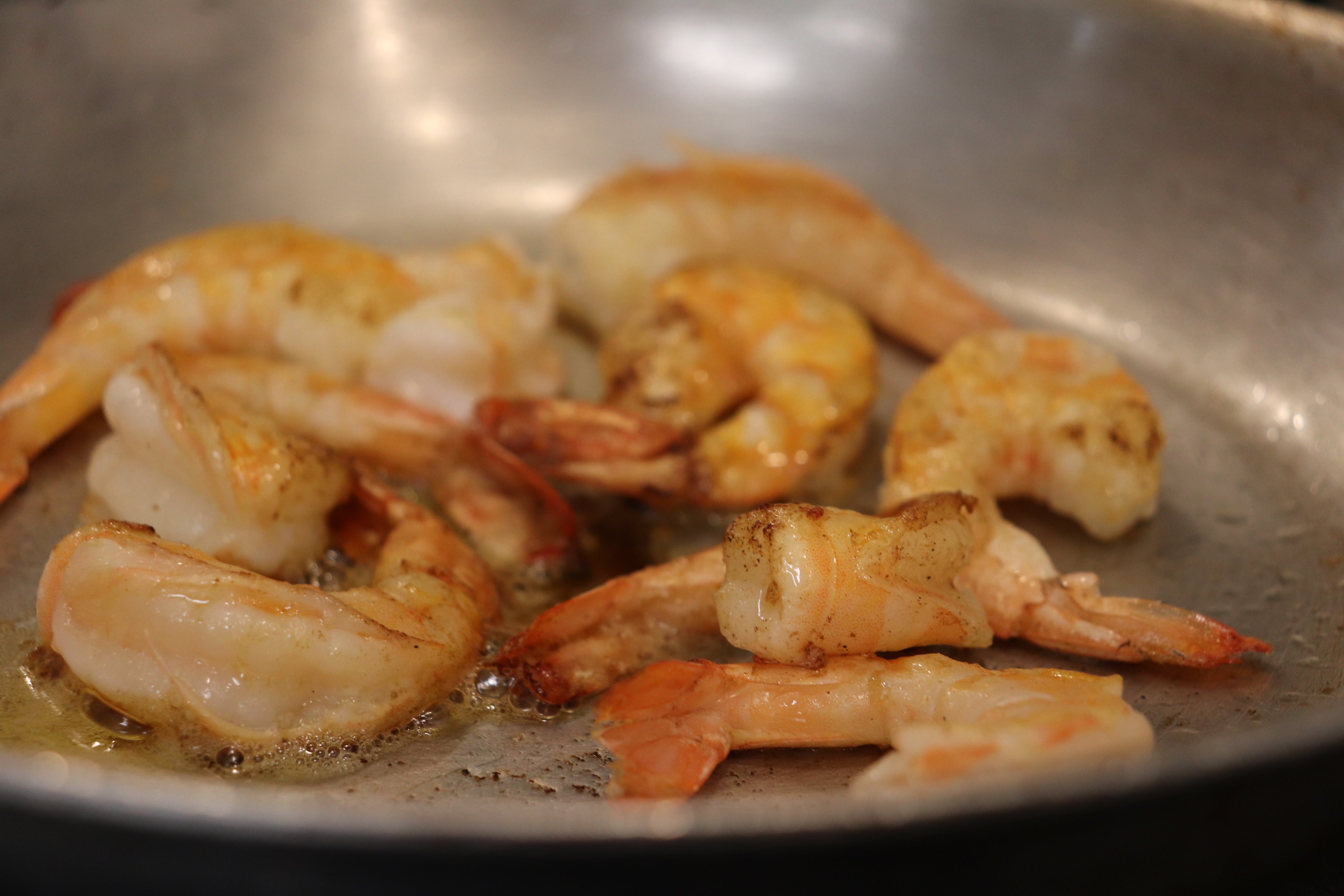 The next two days are filled with cooking things I thankfully don’t have to kill. Someone else did the dirty work. We have a day of shrimp, which we cook in lots of different ways. I’m reminded of Bubba on Forest Gump explaining all the different kinds of shrimp. Grilled shrimp, poached shrimp, sautéed shrimp. You just read that in his voice, didn’t you? And we got to make ceviche with shrimp and it was out of this world. I found it absolutely crazy that you cook the shrimp in the lime juice inside the refrigerator. No heat. So good! We have another day of learning to fabricate fish. We did two whole fish and it was difficult, not to mention they stare at you with those beady, knowing eyes. Fish killer.

Last day of seafood is lobster. Unlike the mussels and oysters, the box gets opened and those suckers are moving. Yep, definitely alive. I retrieve my victim and put it onto my cutting board. We have to stroke its back to get it to calm down and stay still. Its antennae hits my arm and I freak out, almost knocking it to the floor. I need someone stroking my back. Stay calm I tell myself, you can do this.

I’m holding my knife like a serial killer above this thing. Breathe in, breath out, one, two, three, stab. Except I didn’t put enough weight behind it and the knife tip just took out a tiny section of the shell and I didn’t make it through the head. Now it is suffering and flailing all over the cutting board, so I grip my knife and with all my might plunge in and slice down. It sounds like bones cracking as it drags through the shell. Crunch, crunch, crunch. It is gruesome, but it is done. Although he keeps moving, even after I twist and rip the tail off. The tail wiggles around my cutting board like something out of a zombie thriller.

I look around the room and most of my classmates are traumatized. Even after the lobster gets cooked and Chef seasons and prepares it for us to eat, at least half the class won’t try it. Now I have two thoughts about this lobster. One, it is lobster. You know the item on the menu that says Market Price. That is code for too expensive and I never order it. The only time I’ve eaten lobster is on a cruse ship because food is included. So you better believe I’m ordering the lobster. And two, I was taught by my hunter dad that if you kill it, you eat it. Some boy scouts he was supervising at camp one year learned that the hard way when they killed a crow with their sling shot. Cooked by 14-year-olds over a campfire, you can imagine how tasty that meal was! 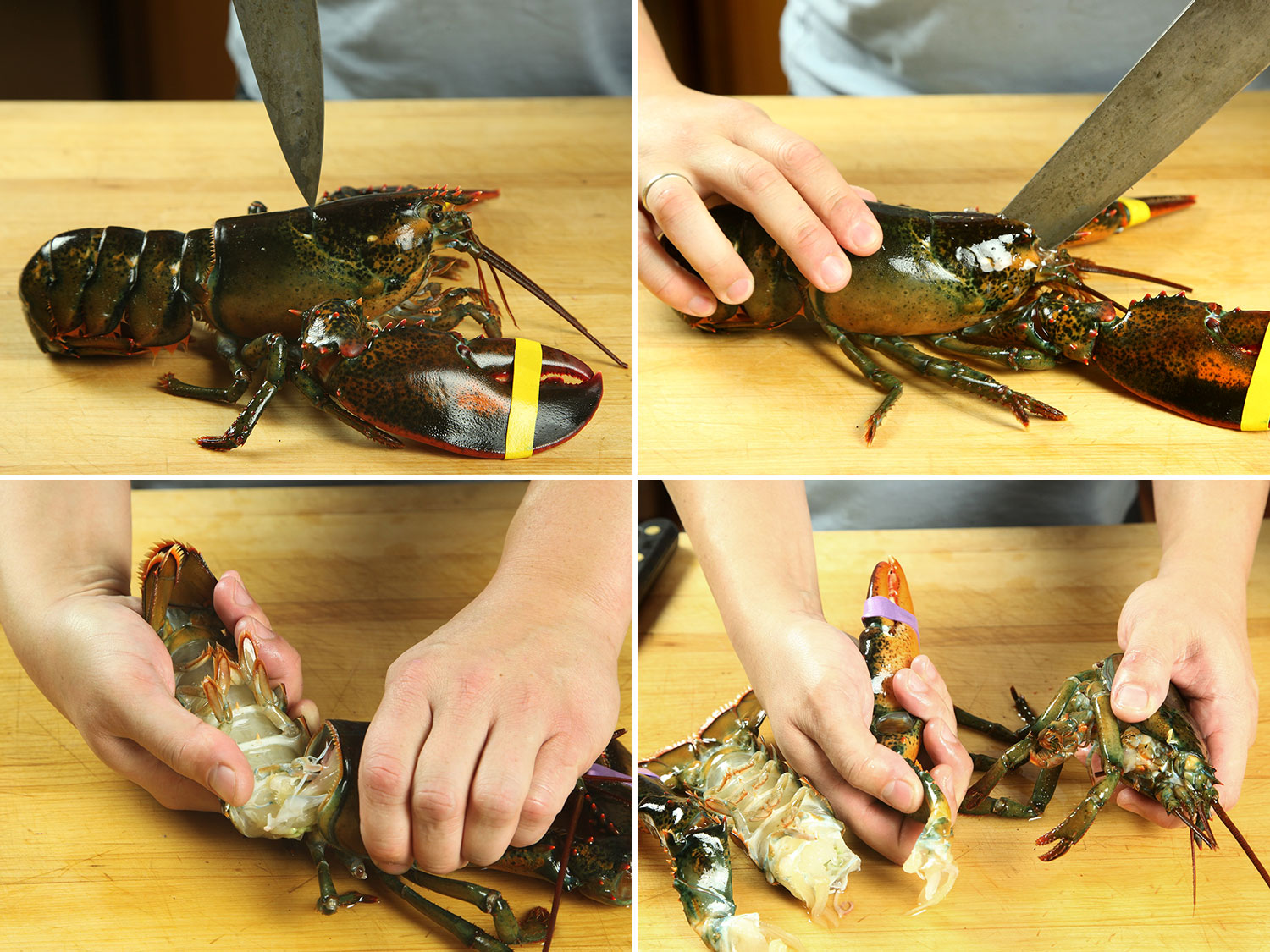 And while the lobster was so yummy, I don’t think I’ll ever eat one again without thinking about the chef preparing it behind the scenes. And I think maybe Disney got it right. Maybe it does take a madman chef. It most definitely takes a fish killer. I’ve certainly gained a new perspective on what it takes to prepare food, all the behind the scenes that go on just for that one moment. It sure makes you appreciate and savor that meal down to the last bite.