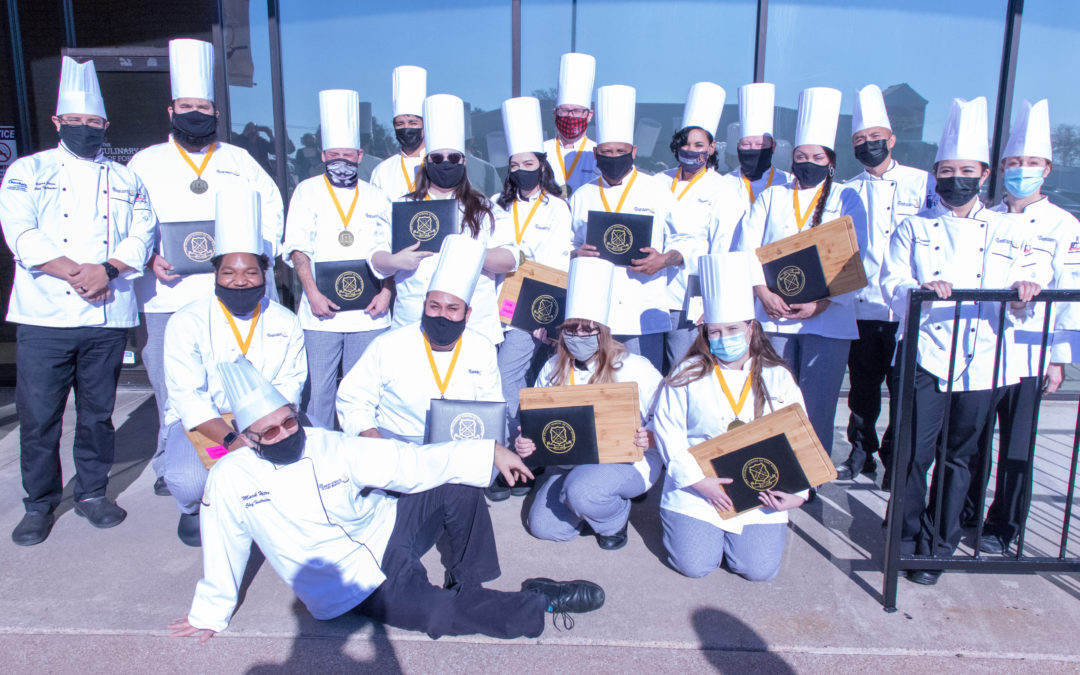 Last Saturday, The Culinary School of Fort Worth’s most recent group of graduates received their Professional Culinary certificates and American Culinary Federation certifications after completing nine months of schooling amidst a pandemic.

On March 13, just three days before the cohort was set to begin their culinary program, Texas Governor Greg Abbott declared a statewide public health disaster due to the coronavirus and limited capacity at schools and businesses across Texas. So, instead of coming into school for their first day of classes that Monday, the students and instructors had to adapt on the fly to transition all learning to Zoom.

What was initially expected to be two weeks of Zoom classes turned into a full seven week semester online before the students were finally able to have their first day of in-person classes on May 11.

This roadblock could have turned into an overwhelmingly negative start to a career in culinary for the students, but instead, according to CSFTW Chef Instructor Ethan Starr, they used their virtual learning time to get to know each other as a class and build a strong bond together.

“This group showed great perseverance and dedication through an uncertain time,” Chef Starr said. “The difficult situations that they faced, both in their personal lives and in their education, served as a catalyst to forge close bonds and relationships.”

Perseverance was an undeniable description for the way in which this group of students handled every change that was presented to them.

During his speech at the graduation ceremony, Dorian Turner, one of the 14 CSFTW December graduates, said that through all of the obstacles they faced, he was proud of himself and his classmates for pressing on to the finish line.

“We began school unsure of what the future held and began to learn to cook through a computer screen,” Dorian said. “But we took it day by day and learned how to grow and survive together in a whole new environment.”

Dorian ended his speech by saying that he is “grateful to call all of you my classmates,” and we, at The Culinary School of Fort Worth, are grateful and proud to call all of them our alumni.