FROM CAREER BURNOUT TO THE FRONT BURNER IN THE FOOD INDUSTRY 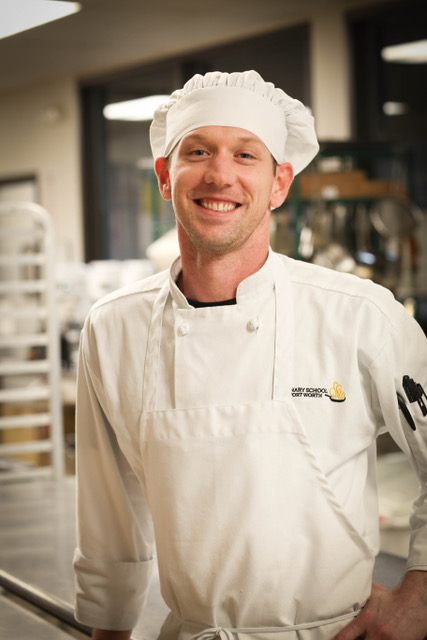 In the upcoming weeks, we will be highlighting some of our instructors, current students, and alumni and telling their stories of successes, aspirations, and inspiration.

We recently had a chance to sit down and talk with one of our current culinary students, Andrew Oliver.

CSFTW: What was it that led you to The Culinary School of Fort Worth?

Andrew: I think cooking is just something that I’ve always loved to do. You know, when I had the 9-to-5 job, my outlet was cooking. I would come home and sort of relax and just get behind the stove and cook. That was sort of my thing to help me forget about everything else. But I never really viewed it as a career. Not to say that I didn’t think I would have success in that kind of career, but I just thought it was sort of a hobby.

Okay. Let’s back that up. You’ve already been to college?

Yes, I actually graduated from Nolan High School in Fort Worth, then went to Texas Tech, and finished there at the end of 2009. And then about a year and a half later, I went on to graduate school, completed my MBA in 2014, and started my career as a financial analyst.

I did that for about six years, and, at first, I really liked it. I was good at it. I was out of the house, getting paid, and had some independence. It was a lot of fun, and my boss and group that I worked with were great. But it was just an entry-level position.

I was ready for the next challenge.

So, I thought, okay, let’s go to a public company and a job with more responsibilities. I joined a public company in Irving, but it wasn’t as much fun. I wasn’t really doing anything new and different…just more of the same thing. And the atmosphere wasn’t as fun, either. I thought that must be the reason why I’m not enjoying it.

I thought maybe I just needed another job with a new atmosphere. I only stayed there for about two years and decided to look for a new job. I found a position in downtown Fort Worth working for a luxury travel consortium and started there on February 5, 2020.

Great, I’m working for a travel company in the middle of a pandemic.

About a month later we went through rounds of layoffs, and I started working from home. At that point, I just started really realizing that I was good at the work that I was doing, but I just didn’t enjoy it. I didn’t like being behind a desk all day just crunching numbers. I wanted something more artistic.

I actually talked to a career coach that my wife found, and we just started talking. I was telling her that I was getting a little depressed and that I didn’t really like the work that I was doing. She asked what I liked to do, and when I said that I loved to cook, she told me that I should cook!

I told her I didn’t really know about that, because that all seemed kind of behind me. I’m 34 years old right now, and I don’t really have any experience in the kitchen. I think it’s kind of late now, but she was persistent. She asked if I’d ever thought about culinary school which she thought would give me a leg up. I had all of my education with my business management, if I could add the cooking knowledge, she thought that would go a long way.

I started doing the research and looking around and found The Culinary School of Fort Worth. It seemed like the best opportunity for me, in terms of location, price and people. So that’s why I’m here now. 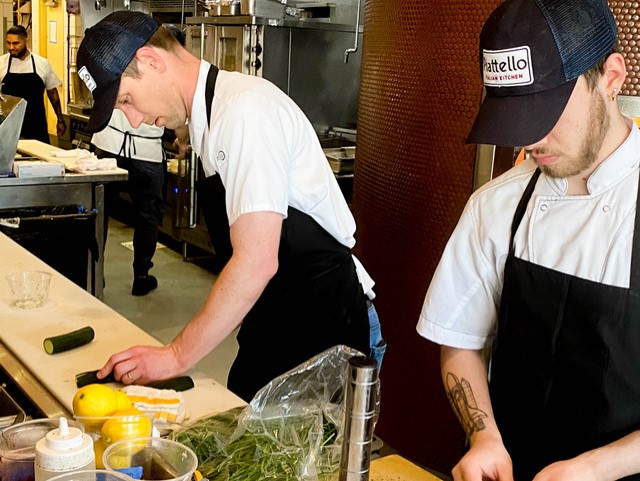 When you were in your finance job, what were some of the feelings that were bubbling up?

I think boredom. I was just getting bored with what I did, just crunching numbers all day. And like I said, I was good at it. I was always in advanced math growing up. I think a reason that I got into it was because everyone was telling me that people always need a financial analyst. Every company needs finance help. You can take those skills and move around to any kind of company. You’ll always have a good job. So, I was thinking from a risk analysis standpoint, this is an easy decision. This is something that I should do. I’ll get paid. I’ll always have a job, but at the same time, I kept thinking…do I even like this?

And you said something right there. This is something I should do, but that it doesn’t necessarily light you up. A good friend and mentor of mine once said that it’s such a shame when people are starting to climb up a career mountain, they spend a lot of time climbing, and then they finally get to the top, and they look around, only to realize…wrong mountain.

Yeah. And if I can say that to anyone, if you’re not happy in what you do, change it. And if you don’t, it’s not going to be fun in the end. You might reach the top of that mountain. You just won’t be satisfied. 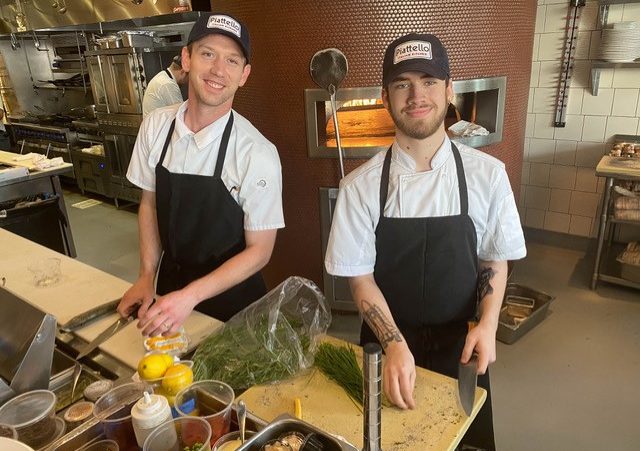 Now that you’re here and you’ve made this change, how do you feel about your culinary school experience?

I love it. And you can ask my wife about that. I used to come home every day and complain about the work and the people that I work with. Now I come home and I tell her, oh I made this or that today. Or I’ll take a picture of something that I made and send it to her. I get home and talk about the work that I’m doing now at Piattello, all the new things that I’m creating there and the feedback that I’m getting. For instance, I make a Caesar dressing and the sous chef will come over and say, ‘This Caesar dressing is great.’ And it just really fires me up. It makes me want to cook something else or make something else. So yeah, I’m having a blast.

If there is someone that is on the fence about making the decision to take the leap into culinary school, what would you tell them?

The instructors are fantastic, especially Chef Hitri. I think he is very inspirational. I think he is a great instructor in terms of the way he conducts his class and how he motivates people. He makes you want to do better. And I also think there’s great chemistry in the class. The comradery amongst the 18 folks in my class is fantastic.

Any regrets about this pivot you’ve made?

Andrew: Absolutely not! I’m loving what I’m doing and what I’m learning. I wake up every day ready to get to work. I’m excited for what lies ahead for me because I’m DEFINTELY on the right path.