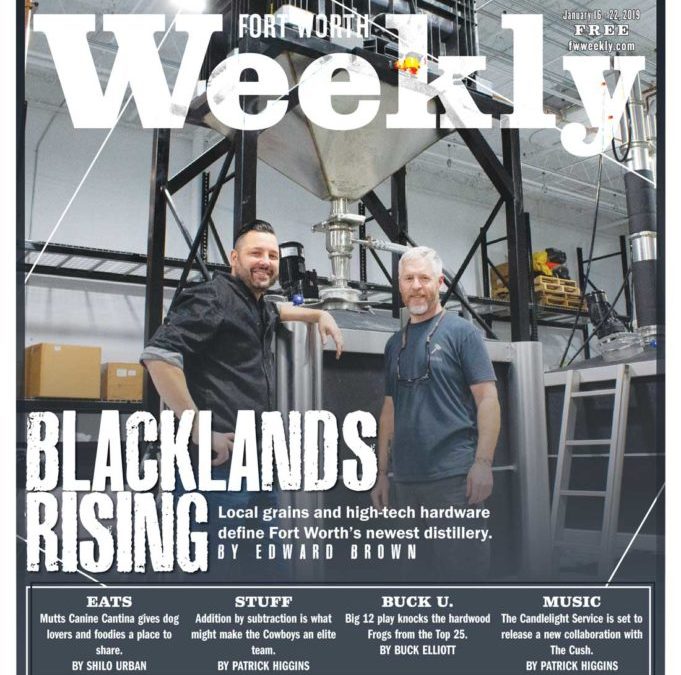 Contractors were busy at work when Blackland Distillery owner Markus Kypreos and head distiller Ezra Cox met me for a tour of their new business. The main tasting room, the setting of our chat, consists largely of a long horseshoe-shaped bar top that’s surrounded by a dozen or so tables. Unfussy-looking chandeliers loomed overhead, and black tables and dark woodwork lent the space an intense, ascetic feel.

“This is not a college bar,” Kypreos said with a chuckle. “There won’t be TVs. We’re looking for something more sophisticated.”

Blackland Distillery is ramping up small-scale production of liquor, Kypreos said. While their bottles won’t hit shelves until early summer, the owner said the public will have its first chance to sip Blackland spirits on March 1. The rest of the month will feature several soft-opening events in the taproom. The bar is key to the business model, Kypreos added, since it will serve as a laboratory for testing new releases and handcrafted cocktails on locals.

The lawyer-turned-food-and-wine-connoisseur said the U.S. spirits industry is undergoing the same revolution that recently redefined domestic perceptions of beer. For distillers, he said, that means a renewed reverence for Old World techniques and a penchant to seek out new variants of whiskey, bourbon, and the like.