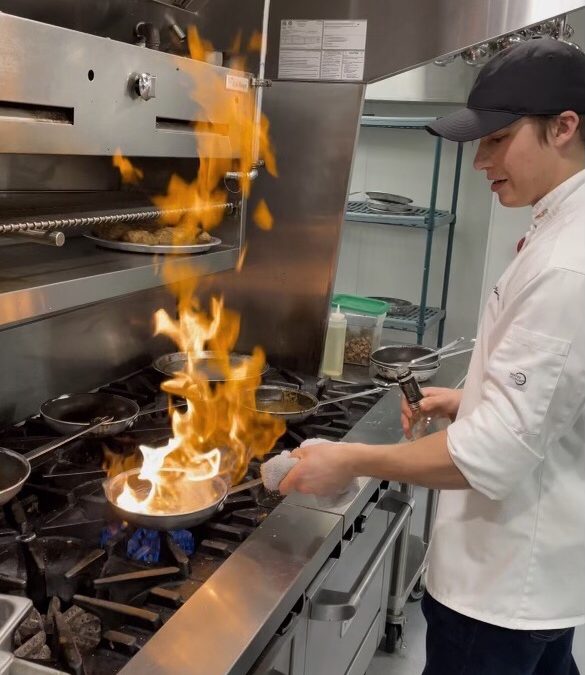 As we continue our series of highlighting our instructors, students, and alumni by telling their stories of successes, aspirations, and inspiration, we sat down with Kaleb Krueger, a graduate from The Culinary School of Fort Worth in May 2021.

CSFTW: What made you want to get started in culinary?

I got started in the culinary field by my friends and family who suggested that getting a kitchen job would be a good way to gain experience and make money. So, I started at a small German restaurant doing dishwashing and bussing tables, that kind of work. I really got into cooking when I was offered to learn how to cook there because they were short a cook. They taught me the basics there, but my coworkers are the ones who really got me into learning more about the culinary field. So, I decided to go to school and ended up choosing The Culinary School of Fort Worth.

What made you choose CSFTW?

I decided on The Culinary School of Fort Worth because I wanted to do something different. You always hear about culinary schools in my area just doing lectures and demonstrations while students don’t really learn a lot or get much hands-on experience. But after reading through The Culinary School of Fort Worth’s website, it just seemed more interactive. It was set up as an in-the-field learning experience instead of only watching demonstrations and not getting to actually do the work. That’s why I decided to go to CSFTW.

How do you feel that the hands-on approach has worked for you now that you’re doing it professionally?

The hands-on approach was amazing because it’s exactly what I’m doing in my job right now. When my boss was asking me questions in my interview such as if I knew how to make hollandaise sauce or how to fabricate fish, I was able to tell him the processes that I learned at the culinary school which was the exact way that he did things in his kitchen. It worked out perfectly for me.

What was your experience like moving from Wisconsin to Fort Worth to go to CSFTW?

It was a tough decision because I was leaving everybody I knew. I had a cousin in Texas, but I was living in my own place. It was new for me to be living on my own while also starting a new job and school. It was a little tough at first, but after doing it and getting used to the Fort Worth area, I ended up really liking it. I actually miss it now. I’m glad that I made the decision to go.

I’m working at the Hotel Retlaw in Fond du Lac, Wisconsin. It just got remodeled in 2019, so it’s a brand new kitchen setup which has been really fun to work in. I am Cook #2 as well as one of the banquet cooks for events.

What are some of the differences you’ve found working in a hotel as opposed to a restaurant setting?

Working in a hotel is a little different because there’s a restaurant inside where you don’t do as much business as a normal restaurant. People don’t always think to go out to a hotel restaurant when they want a night out to eat. But, we are doing weddings basically every single weekend. We’re doing catering events and festivals all of the time. We’re making a lot more foods in bulk and plating dishes in bulk. Our time is more focused on events than the typical day-to-day service that other restaurant workers are used to.

Where do you see yourself eventually ending up in the culinary industry?

Down the line, I hope to be the head cook of either the restaurant or the banquet events here at the Hotel Retlaw. After a few years of that, I’d like to be a manager or executive chef. I’d love to take control of things and plan out menus. That’s really where I’ve set my goals right now.

What would you say to someone who is thinking of going to culinary school but might be on the fence about it?

If they’re on the fence about it, I’d say to just go for it. I was on the fence about going to culinary school too. The Culinary School of Fort Worth was 1,000 miles away from where my home is, and I was thinking that if I didn’t like it, I’d be kind of stuck. But after thinking about it, I asked myself what was the worst that could happen. I was going to this school, and they were going to teach me skills that would help me in the real world with a real job. Luckily I did like it and got to get that experience while also enjoying my time. It is definitely worth going to culinary school. 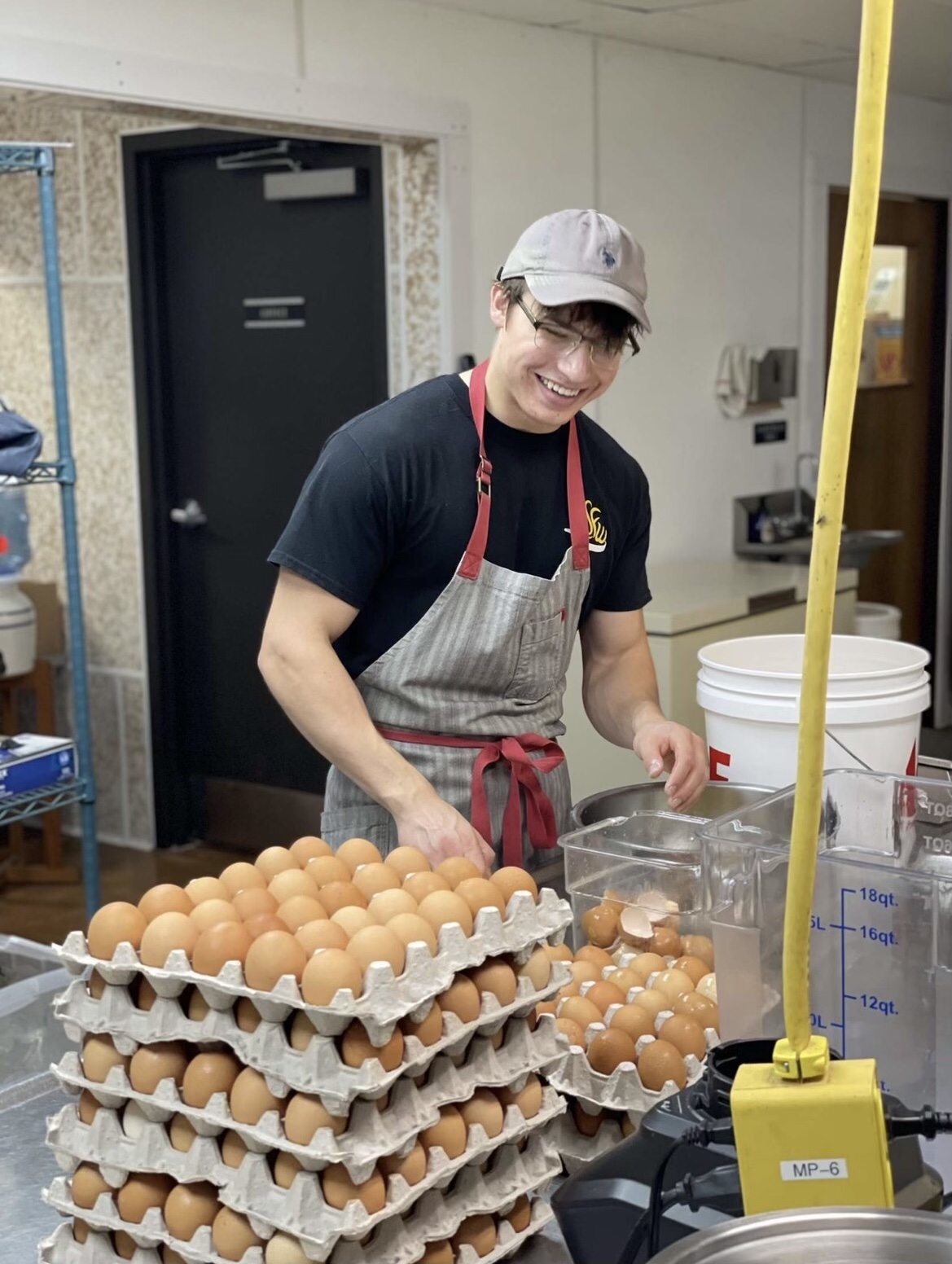 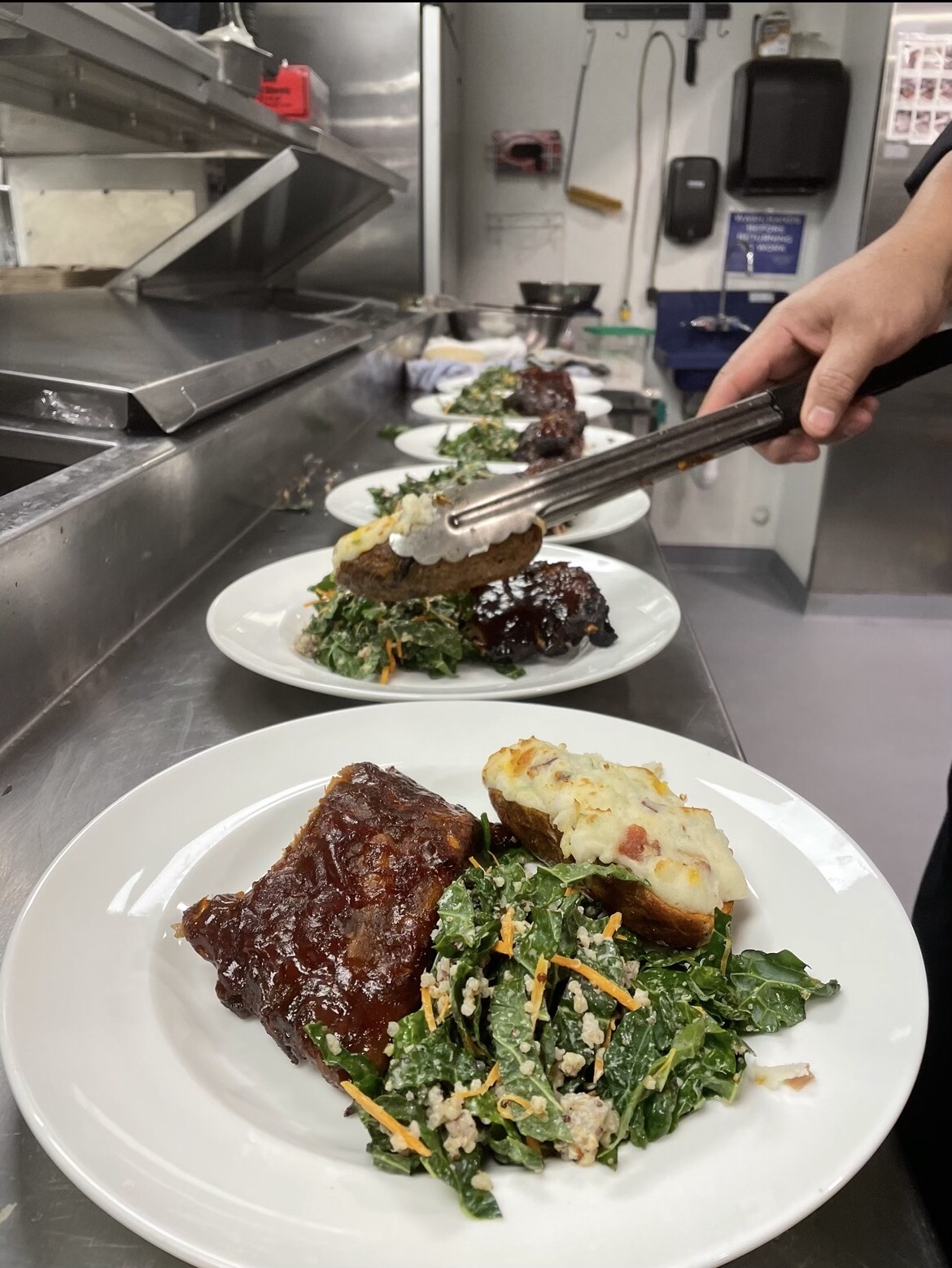